Pokémon Go has taken over the entire world, but you already know that. No doubt you are one of the 30 million around the world who have downloaded the app.

Here at the Red C, offices we feel pretty confident we know a thing or two about apps. So from one bunch of app addicts to another, here are our top tips on how to master the game everyone is playing.

Tip #2 - Use your commute wisely

When you are travelling in the car NOT driving of course, use this time to catch more Pokémon. Passing Pokéstops is inevitable from park benches to an abandoned shipwreck - pokémon users are reporting PokeStops in bizarre places. Despite the world raving about Pokémon Go getting people out and about, sitting in the car provides the opportune moment to catch loads of Pokémon in short time period of time.

Tip #3 - Watch out for the magic circle

Once you have found one, pay attention to the colour of the ring around the Pokémon this will tell you how difficult it is going to be to catch. Green and you’d be a fool to miss it. But if the circle is red it is going to be a challenge.

Tip #4 - Keep an eye on the footprints

Work out how close off you are catching a Pokémon by checking the number of footprints beneath their silhouette, if there is only one you are not far off!

Once you’ve have the Pokémon in your possession use the Egg Incubator to hatch your eggs. You’ll have one from the beginning of the game, but you can also (of course) buy one. It is easy to see why shares in Nintendo skyrocketed in the wake of its release. When trying to hatch an egg you have to move at a speed slow enough to register as walking or running. If you’re on a bus, the app won’t register your distance covered against the egg. Walk, run or maybe even ride your bike slowly.

Fill in the form below to download our brief of requirements template:

Thank you.
‍
Click here to download your template
Oops! Something went wrong while submitting the form. 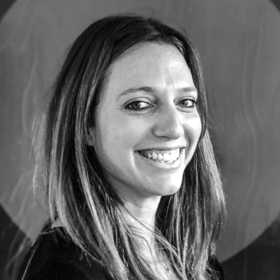 As of this week, there have been some changes to Red C’s senior team. Alongside this, we have some exciting future aspirations for the company as well as our service offering.

How to choose an app developer

If you’re starting a mobile app project without an in-house team, you’ll need to commission an app developer or development agency.

Services across the fintech sector are evolving, becoming faster, more intuitive and more user-friendly. This has a lot to do with the switch to mobile that has radically transformed the financial service industry.

What is digital transformation? Reimagining businesses in the digital age

Digital transformation is vital for all businesses, regardless of whether you are a newly founded startup or an enterprise-level organisation, it is important to remain competitive by identifying new ways to adopt digital processes in today’s global digital economy.

The mobile app design world is continually changing, with each year bringing new technologies, user requirements and design trends – each of which poses their own individual challenges to app designers.